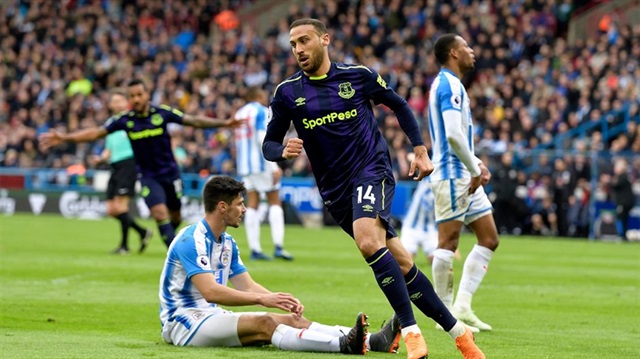 Tom Ince’s winner in injury time following 90 minutes of threat free dirge against Watford provided a lifeline which may still prove to be the difference between survival and relegation, but with 3 huge challenges ahead – and, realistically, at least 2 of them are unlikely to garner the point needed and the final one could be played under enormous pressure – our fate rests predominantly with others.

Upon release of the fixtures, the last 4 games were identified as unlikely to yield a single point, a view which assumed that Everton’s spending would propel them in to the top six, or, at least, a challenge. Things haven’t quite worked out like that for the blue side of Liverpool, though under the much maligned and widely hated guidance of Allardyce their form under the old curmudgeon is top 6.

For Town to take a point or a win, as with most games during this relentlessly tough season, everything needed to go their way. Creating as few chances as they do – particularly in 2018 – the odds against them are stacked high and going behind almost invariably fatal with just 2 points rescued in the many games that this has happened.

For 40 minutes, Town matched the visitors and, arguably, were both the better side and in the ascendancy when the best chance of a cagey but reasonably entertaining first half fell to Van La Parra. Fed by the industrious and inventive Pritchard, the Dutchman was unable to control his first time shot which was powerfully hit but over the bar.

Growing in confidence, Town controlled possession for 10 minutes after the miss, though without causing much concern to Everton’s solid back four, and with excellent backing from the crowd, were providing hope that a valuable point, at least, was achievable.

Yet again, however, the wide players didn’t deliver, either in performance or service to the isolated Mounié – Ince’s injury forced Wagner’s hand to an extent but Quaner was barely a top end Championship player and useful, at best, only as an unorthodox attempt at change from the bench. Van La Parra’s obvious talent simply doesn’t get translated in to effectiveness anywhere near enough and it is a stark comparison when the visitors can not only play Walcott (the usually uber-confident Hadergjonaj looked terrified of his pace) but have Bolassie on the bench.

Town’s period of dominance was undone by an unforced error which was 75% Van La Parra playing a careless pass and 25% Zanka’s hesitancy, perhaps amplified by his own fear of Walcott’s pace and the realisation that the disciplined defensive structure employed to that point was extremely vulnerable behind him.

Grabbing his first opportunity of genuine freedom, Walcott burst forward and played an incisive ball behind Schindler for Cenk Tosun, whose early shot rather too easily evaded Lössl’s dive in to the corner.

From that moment on, Town rarely – never, in fact – looked capable of rescuing a point, never mind recovering for a win and an increasing gloom descended on the stadium as optimism evaporated.

Everton’s superiority was confirmed in a desperately poor second half for the Terriers and they should have doubled or trebled their lead in the opening 15 minutes which saw Town’s shape and discipline disappear with poor passing, stuttering attempts to get forward and desperate last gasp blocks and tackles.

Without Ince or Kachunga to offer something different to the ineffective Quaner or the over indulgent Van La Parra, Wagner’s options were limited – he had 3 full backs on a very thin bench – but the inability to recover from concession has been a feature of his whole tenure and what was manageable in the league below has become very damaging against significantly higher quality opposition.

The substitutions he did make – Billing for Quaner, Malone for Hogg and Depoitre for Van La Parra – failed to bring coherence to the mess, though Billing adds more forward momentum to a midfield which becomes far too bogged down and risk averse. Mooy’s lack of inspiration persists while Hogg, who started well, was prone to far too many passing errors.

There was an element of luck leading up to Everton’s second goal as Schindler and Kongolo’s attempt to close Niasse down conspired to deflect the ball perfectly in to his path but the cross and then lay off by Baines set up Gueye to finish very well.

It was no less than the visitors deserved and they had threatened to extend their lead throughout, including a bad miss by Coleman from a free kick where Town’s offside ploy failed.

Pritchard, who was the only positive of the afternoon, contrived to air kick an attempted shot following a rare incisive move but, on the whole, Town abstained from shooting after the break and with dead ball situations the only time they got bodies in the box yet another scoreless afternoon was pretty much guaranteed.

It is to be hoped that the toxicity surrounding Allardyce – which, given what he has achieved since appointment looks a tad ungrateful from the outside – does not affect Everton’s form next Saturday when they host Southampton. Without being anything like spectacular, they were very well organised and far too good for a Town side which worked hard but were catastrophically error strewn, confused and lacking in imagination or threat.

Now in the lap of the Gods, and a very possible Southampton resurgence, Town face the League champions on their day of celebration followed by a visit to Stamford Bridge with the home side still in with a chance of a top 4 finish. Daunting barely begins to describe these two games, and we can only expect an attempt to defend exceptionally deep to try to secure at least one, unlikely point.

Let us pray for another unlikely result – Arsenal at Athletico Madrid midweek.

3 thoughts on “No Toffee and no ha’penny”